Wassailing is an ancient pagan tradition of welcoming a good crop and bringing good fortune to the apple orchard; and frightening off any evil spirits that might wish to do harm to the trees. The word wassail derives from the Anglo-Saxon Was Hael which literally means good health.

The Wassail is overseen by the Green Man.  The Green Man is deeply rooted in a whole host of customs and traditions. He is also known as the Wild Man, Jack-in-the-Green, the Green Knight, the May King and sometimes even Robin Hood. He embodies irrepressible life, and many pubs have been named after this character.

Rikki Lovett, our Assistant Cider Maker is The Big Bear Cider Mills’ Green Man in charge of the Wassailing this year.

Rikki says “ Wassailing is a tradition steeped in history and pagan roots.  I’m delighted to keep up this tradition and bring it back to Essex.  Although associated with the West Country the first documented Wassailing happened in St Albans in 1457.

The Wassail doesn’t have to follow an exact pattern, but involves placing pieces of toast amongst the branches of the tree, as an offering to the creatures of the orchard, particularly our resident robin, who is a symbol of good fortune for the orchard.

Cider is then poured among the boughs of the tree, to return some of the bounty back to the earth and soil, and this will strengthen the roots of the tree, and aid in the good health of the orchard.

The Wassail ends with everyone in the orchard making a noise to serenade the trees, this could be playing musical instruments, or banging pots and pans.”

The Big Bear Cider Mill is very much part of the community, villagers helped with the planting of the orchard in 2010 and still help at apple picking.  In keeping with this community spirit, everyone is invited to take part in the Wassail.  The festivities are helped along by drinking spiced mulled cider.

Mark Hughes founder of The Big Bear Cider Mill added “ Rikki’s passion for cider combined with his love of theatricals make for a brilliant Essex Green Man. We want to make this tradition our own, give it an Essex stamp.  It’s Essex, anything goes…” 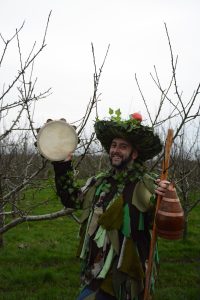 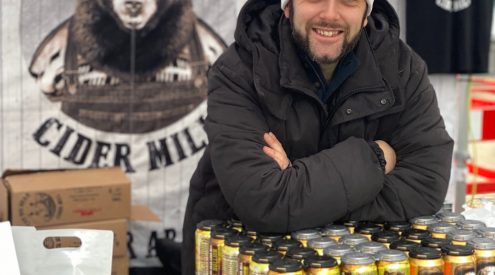 “The Cider Drinker” Arrives at The Big Bear

The Big Bear Cider welcomes a new recruit; after years of working in retail, Rikki Lovett AKA The Cider Drinker, has landed his dream job… 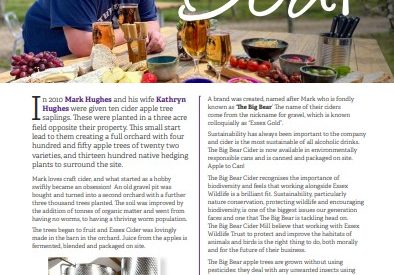 WILD Business Winter 2021 – Big Bear Cider Mill We are an Essex Wildlife Trust Investor In Wildlife Silver Member. Here’s our feature in their… 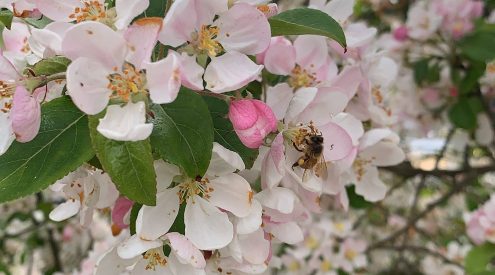 With COP26 and the health of our planet on everybody’s’ minds, we all need to find ways to help reduce our carbon footprint and encourage… 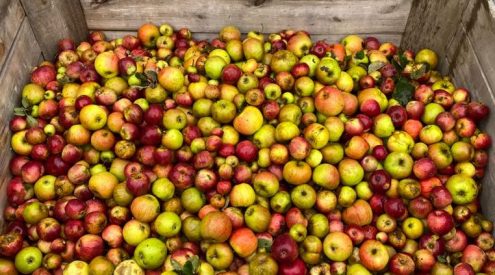 The Season of Mists and Mellow Fruitfulness… and lots of lovely people helping us bring in the apple harvest. The weather this year has meant… 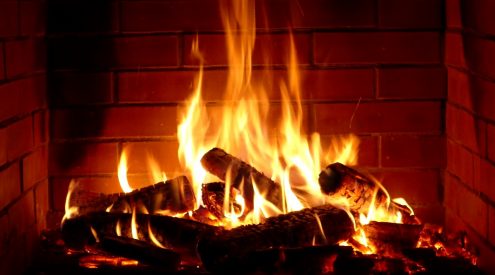 Despite the weather, we’re pruning apple trees in the orchard in sun, rain and now sleet and snow. The work we are doing ensures that…

“The Cider Drinker” Arrives at The Big ...

Thank you to the eagle eyed Big Bear customer who

‼️ Our King 👑 has tested positive for Covid

Located in the fresh air, between The Stables and

By continuing to use the site, you agree to the use of cookies. more information